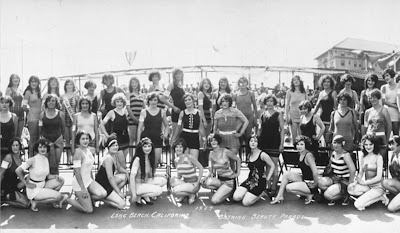 In 1920, Long Beach City Council passed an ordinance outlawing the wearing of any bathing suit that did not completely seal the view of the body from the armpits to "one third of the way to the knee joint." Violators could be fined $300 or jailed six months. The city earlier passed an ordinance that outlawed public display of affection between the opposite sexes. 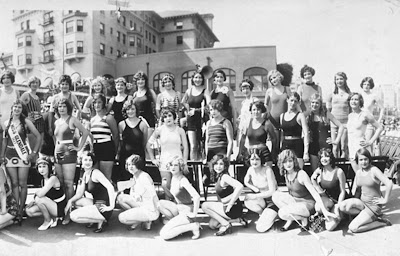 Long Beach was ridiculed in the national press because of the ordinances so that by 1923, the Council had not only repealed the laws but began making plans to sponsor a "bathing beauty parade" at the beach, as shown in these 1927 photographs found in the Library of Congress.

In 1952, the city began sponsoring the Miss Universe beauty contest at the Municipal Auditorium. The City then named itself "The International City" because of the pageant.