A Hero of the Civil War Battle of Staunton River Bridge
Lies Buried in Long Beach, California
by: Gerrie Schipske

While most of the attention of the historic celebrations concerning the 150th Anniversary of the Civil War is focused this year on the east coast, it is interesting to note that thousands of veterans migrated to Long Beach, California after the war.

In search of warmer climate and business opportunities, these men who bravely fought for either the Union or Confederate side, made the seaside city their home and final resting place.
Their lives and gravesites left an indelible mark on our local history. The words inscribed on their 1,200 gravesites in the Sunnyside and the Municipal cemeteries only hint at whom they were and the horrors they experienced in the devastating war.

One such veteran, Nelson W. Ward, lies in the southeast section of Sunnyside Cemetery with his second wife Emily and son Joseph and daughter-in-law Cora. 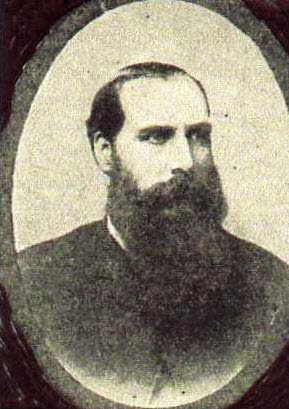 Nelson W. Ward was born November 20, 1837 in Madison Township, Columbiana County, Ohio.  Shortly after his first wife, Mary died, he enlisted on August 26, 1861 as a Private in Company M (formed in Ohio) of the 11th Pennsylvania Calvary, the 108th regiment of the line. This specific unit was organized by Colonel Josiah Harlan of Philadelphia and became known as Harlan’s Light Calvary.

The Civil War was an on-going series of battles that inflicted deadly disease, injuries, death and property damage on both sides. Ward served bravely in several of these battles. However, it would be the Battle of Staunton River Bridge on June 25, 1864, that would provide his legacy as a Medal of Honor recipient. 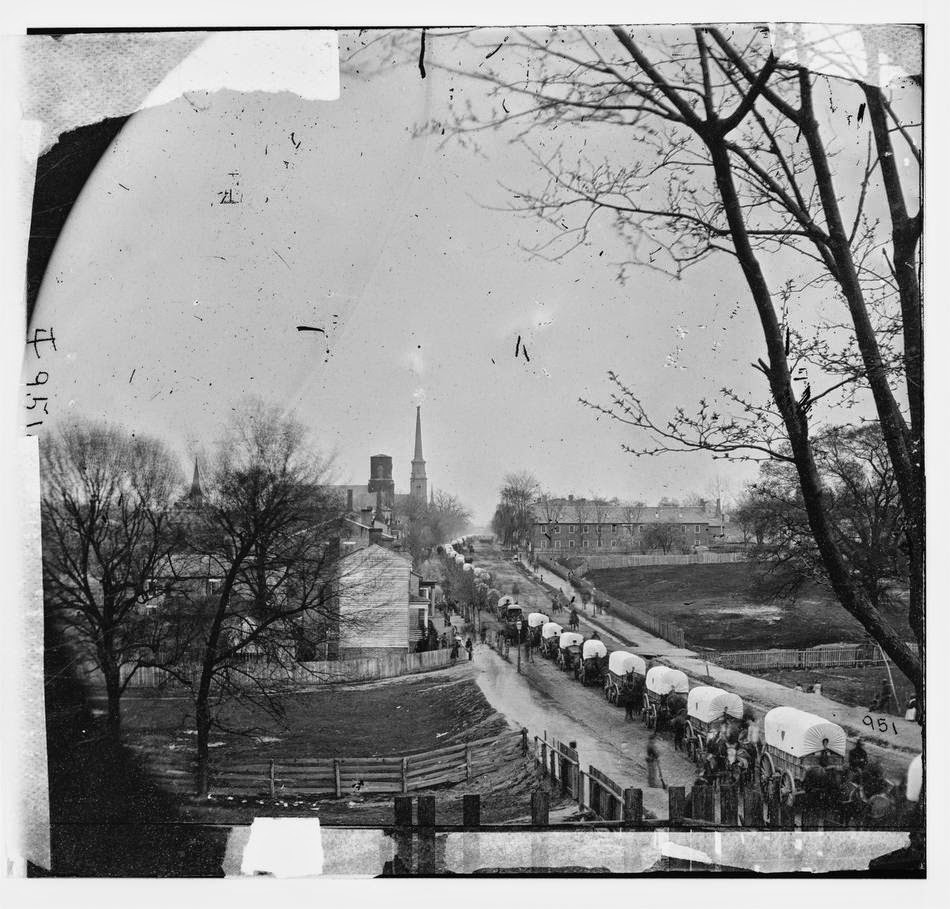 The Battle of Staunton River Bridge was waged because of the critical importance of the rail lines that carried supplies back and forth from the city of Petersburg via the South Side & Richmond and Danville railroads. Union General Ulysses S. Grant  ordered a series of attacks to systematically destroy roads, railroad tracks and bridges leading in and out of Petersburg, knowing that if the supply lines could be cut-off, Petersburg would be abandoned, making it easier for a direct attack on the capitol of Richmond.

On June 22, the Union cavalry began its attacks led by Brigadier Generals James Wilson and August Kautz.  Although Sgt. Nelson Ward was ill for several days, he volunteered to take another soldier’s place after his Captain, Gerard Reynolds, called for a replacement.

The battle should have been easy for the Union troops who outnumbered Confederates 5,000 to 296. But as Ward later wrote, it was to become “an awful slaughter and hopeless effort.”

Learning of the thousands of Union troops and 16 pieces of artillery,  Confederate Captain Benjamin Farinholt made a plea to local residents to help keep the bridge from destruction.  Four hundred and ninety two “old men and young boys” responded. They scattered and hid on both sides of the river, the bridge and earthworks, backed with only 6 pieces of artillery.

Ward stood alongside his Captain as he gave the order to charge the bridge. Moments later Captain Reynolds lay dying. Ward ordered the remaining troops to continue the fight. Under intense fire, Ward attempted to carry his fallen Captain back behind enemy lines, remaining by his side for twenty minutes. When it appeared hopeless, Ward retrieved the Captain’s “money, watch, revolver and spur” and retreated with the remaining troops. During the ordeal, Ward was hit by a bullet in the heel of his boot and another bullet which “passed through the skirt of his blouse.”

The “old men and young boys’ brigade” had beaten back the Union offensive for over three hours. Union troops retreated but not before suffering the loss of  60 men. The Confederates suffered 10 killed and 24 wounded.


Ward also bravely served in several other battles including at Ream’s Station where he survived having two horses shot from under him as Union forces were once again beaten back by the Confederates. More than 2,600 of Ward’s comrades were killed in this battle. He left service with the rank of Quartermaster Sergeant on August 13, 1865 at Manchester, Virginia, after witnessing Confederate General Robert E. Lee surrender at the Appomattox Court House.

For his heroic efforts during the Battle of Staunton River Bridge, Sgt. Nelson W. Ward was cited with the Medal of Honor on September 10, 1897 because he “voluntarily took part in a charge; went alone in front of his regiment under a heavy fire to secure the body of his captain, who had been killed in action.”

After the war, Ward received a soldier’s pension, married his second wife, Emily, and worked as a “house carpenter” in Springfield, Missouri. He worked later as a traveling salesman and in 1912, moved his wife, son Joseph and daughter Virginia to Long Beach, California.

Real estate was booming when he arrived in Long Beach. Ward developed and owned the Florence Apartments at 336-8 Pacific Avenue.  Although the building has been long destroyed, the three story brick building was considered very modern and contained twenty apartments completely furnished. Advertised as “only three blocks from the ocean” the apartments included shower baths and dressing rooms and a sun parlor. 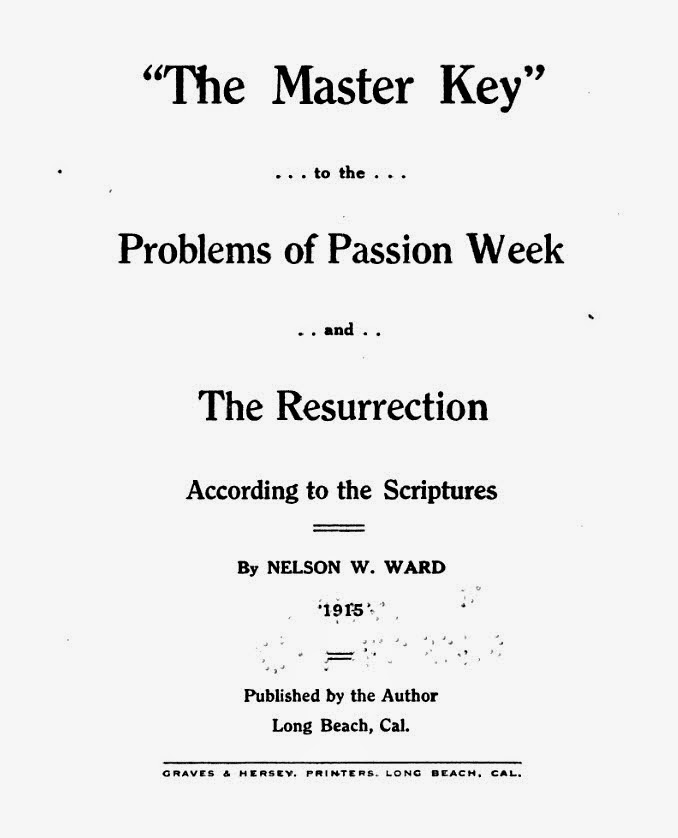 After his second wife Emily died in 1916, the 80 year old married Mrs. Minnie S. Hall who was 30 years younger than he. Before he died in 1918, Ward wrote poetry and self published his ecletic comparison of actual Jewish history with the Biblical stories of the crucifixion and resurrection of Jesus Christ: “The Master Key to the Problems of Passion Week and Resurrection According to the Scriptures.” 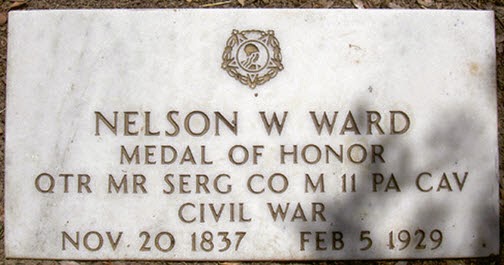 His son Joseph, was a 1916 graduate of Long Beach High School and later became prominent in political circles in Long Beach, serving as the Exalted Ruler of the Elks. Daughter-in-law Cora, was active in the East Side Christian Church and Ebell Club. Joseph and his wife Cora are buried in Sunnyside Cemetery, adjacent to his parents’ grave.


Gerrie Schipske is the author of several books on the history of Long Beach, California.