Long Beach's Ties to the Confederacy

That's the Way It Was: Acknowledging Long Beach's Confederate Ties
by: Gerrie Schipske 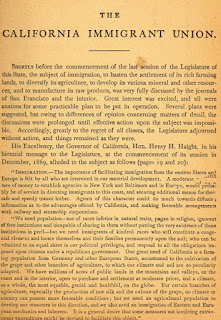 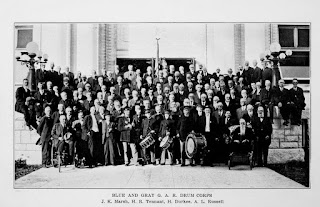 Long Beach certainly doesn't come to mind during a discussion of the "war between the states," but it should,  because the Civil War was responsible for a great deal of the immigration to the city. Many came after the Civil War in response to advertisements placed by the California Immigrant Union that offered better weather, cheap land and places to live with other "good, White Christian" people. The railroads sweetened the enticement by offering low fares.

When they arrived, they found a fledgling colony that would be eventually plotted out along the ocean to include a business area, residences and farm plots in the northern sector. Property was given to the Methodists who set up summer Chautauqua's and brought tens of thousands of conservatives who strongly supported keeping Long Beach a "dry city" and free from alcohol.

This in turned spurred the formation of the Women's Christian Temperance Union (WCTU). For instance, in 1912 Los Angeles press reported, "acting on the protests of the Union and Confederate Veterans’ association, the W. C. T. U., the East Side Christian church and a long petition circulated by the Anti-Saloon league of Long Beach, to the board of supervisors  which today by a majority vote denied the application of John Ardens for a liquor license at Alamitos Bay. The protestants claimed a saloon at Alamitos Bay was a menace to the peace of Long Beach." Alamitos Bay was unincorporated county territory at the time.

While more former Union soldiers and officers relocated  to Long Beach than did Confederate ones, the South's presence was strongly felt in the City. There were numerous public ceremonies at which both sides were honored in Long Beach. The city even had a "Blue and Gray Grand Army of the Republic Drum Corps" which gave its members enamel "Johnny and Yank" pins. During a "during a blue and grey" ceremony in 1911, the story is told that when flowers were presented to the singer of the "star spangled banner" they instead were given to the two elderly uniformed soldiers -- one Union and one Confederate -- who took the flowers, grasped each other's hands and walked off stage in a show of unity.

Books on infantry tactics, printed on wall paper and bound in the same material in 1864, which were the property of George Mortimer, retired newspaper man , were loaned to the City's  Carnegie library for exhibition purposes. The books were prepared by Confederate officers at the time of the civil war.

Strangely, Long Beach became the home of Margaret Graham Howell Davis Stoess who was the sister in law of Confederate President Jefferson Davis. She died here in 1930. She lived with her sister in the White House of the Confederacy during the Civil War. When Jefferson Davis was imprisoned after the war, the family fled to Canada and then Europe. She married and when her husband died in 1894 she and her children came to the U.S. It is unclear how and why she came to Long Beach but the 1920 census shows her living next door to philanthropist Adelaide Tinchenor.

The Ku Klux Klan was active in Long Beach -- marching down Ocean Blvd., in the 1920s, and meeting in masse at the Municipal Auditorium to hear WCTU Vice President Candidate and Long Beach leaders, Marie Brehem. The KKK was suspected of infiltrating the Long Beach Police Department when Chief James L. Butterfield was accused in 1920 of involvement in a KKK organized disturbance. The organization also donated funds to start Community Hospital because of its desire to have a white hospital. 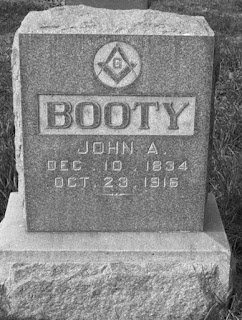 There are no real monuments to the Confederacy in Long Beach, except for grave markers issued by the U.S. government in 1909. Burial records indicate two Confederate soldiers are buried in the City Cemetery: Michael Julian (founder of Julian, California) and Nathaniel Washington Tolle; and five in Sunnyside: John Addison Booty, John Dean, Capt. Tyler Calhoun Jordan, Derrill Wingard, and Judge Alexander Lawson.