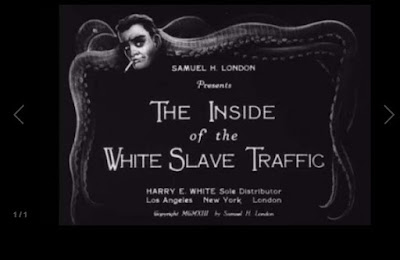 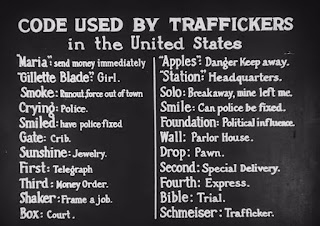 There is a lot of truth in the cliché: the more things change the more they remain the same.
Current news is filled with stories of some powerful men behaving badly and if we look back in time to early Long Beach we find things weren’t much different.
For example, in 1913, Frank Young, who was described by the press as a “politician, auto dealer, temperance worker and singer” was arrested for improprieties with young women. That same year, Rev. O.L. Mason of the First Presbyterian Church was confronted by the elders of his church after he confessed to “misconduct and indiscretion” with several young women.
In 1910, Congress passed the “Mann Act,” also known as the “White Slave Traffic Act,” in response to stories about young women being befriended and drugged, and winding up as prostitutes.
The “white slavery” problem was pronounced and its impact was deadly on both men and women. Men who sought out the young white women for indiscretions were often the targets of blackmail by other men who “bled them of their wealth” by threatening to expose them.
Young women were exploited and kept as “slaves” and threatened with violence and murder if they did not “consort with the men arranged.” Unfortunately, both men and women were involved in the enslaving of these young girls.
In 1913, the national press focused on the trial of a prominent Long Beach businessman who was indicted by a grand jury of contributing to the delinquency of several minors. He was later acquitted when the judge would not let the jury hear testimony about white slavery. Instead, the woman who ran the “Jonquil” (a Los Angeles hotel where young girls were kept for wealthy men) pled guilty for having provided the girls to the Long Beach millionaire and was sentenced to one year in county jail and fined $1,000.
Local ministers preached against the “diabolical hold” white slavery had on young girls and Rev. Charles Locke spoke out about the court system needing to be changed to punish the men who not only used the young girls for their pleasures, but often beat and seriously hurt them so that the girls would not tell anyone who they were.
In Pasadena, the Shakespeare Club comprised of local wealthy women urged their chief of police to hire policewomen who could “get on the trail of the white slavers.” The chief replied that there was no money but that a woman could volunteer to take on this task. The mayor of Long Beach issued a warning about the dangers of white slavery.
White Slavery was such a problem in the U.S. that John D. Rockefeller funded a study on the problem and a documentary was made in 1913 that readers can view from the archives of the Library of Congress: “The Inside of the White Slave Traffic” at https://www.youtube.com/watch?time_continue=66&v=ZZHihjo_eBQ.
White Slavery continued and in 1921, Ruth Crowell, age 15, was kidnapped by white slavers and her parents were told that if they brought $500 to “the big hotel on Naples on the waterfront” there would be a string in the concrete attached to a tin box in which they could place the money.
(Unfortunately, newspaper archives do not contain the ending to this tragic story.)
Today, the court system is once again relooking at the crime of prostitution and the fact that “sex trafficking” is on the rise – especially in the South Bay area.
gerrie@beachcomber.news
Labels: beachcomber news early lb sex scandals gerrie schipske