Next year marks the 100th anniversary of the placing of the statue of Abraham Lincoln in what was know in 1915 as Pacific Park but then later named Lincoln Park in downtown Long Beach.

Local veterans of the Civil War raised the funds for the statue which was a replica of Saint Gaudens' statue in Illinois. It was constructed by the Brittain Monument Works in Long Beach. A large celebration that included a gun salute off shore and a tribute from President Wilson marked the event.

Placed at the site was a cannon and cannon balls from Benecia, California. Unfortunately, the cannon and balls were removed and now resided painted in white in Shoreline Village. 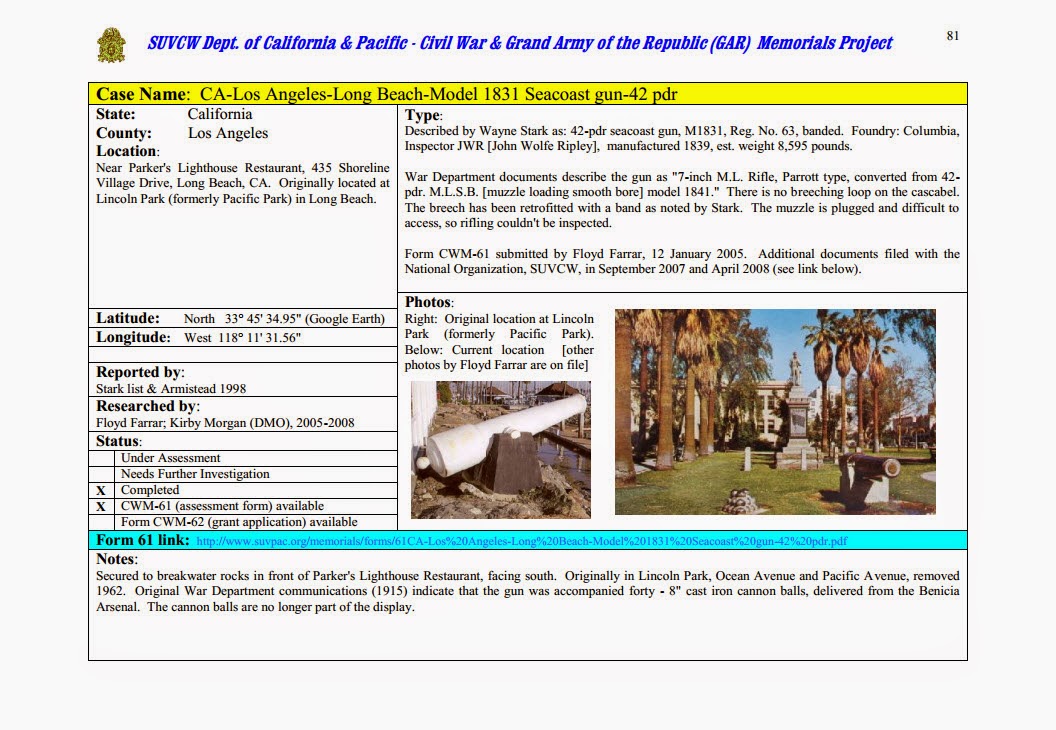 Civil War organizations have tracked all monuments and found that the Lincoln Park cannon was moved to Parker's Lighthouse. Why and who authorized?

The gun needs to be cleaned up and restored and returned to Lincoln Park so that it and the statue can have a proper 100th anniversary.