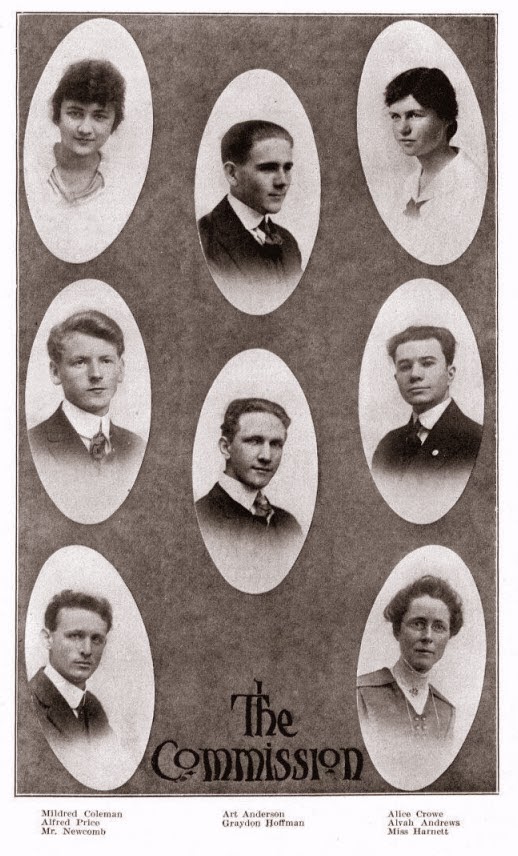 Douglass Newcomb was a teacher at Long Beach High School which became Poly. He rose through the ranks of the Long Beach Unified School District to become Superintendent.

During WWII, Newcomb managed the sugar rationing program for the City of Long Beach which was run through the high schools. For his work he earned the nickname "Sugar Daddy Newcomb."

Here is a photograph of him from a Long Beach High School yearbook -- third on first column.

The residents of the 5th Council District await the completion of construction of Newcomb Academy -- considered one of the best in the school district.

P.S. Jane Harnett is also in this photograph. She actually wrote the history of Long Beach before her death in 1919. It was used in its entirety by Walter Case when he published his history of Long Beach in 1923. Jane was the first history teacher at Long Beach High School and developed the first Student Body Commission in California.
Labels: douglass newcomb gerrie schipske long beach high school long beach unified school district newcomb academy poly high school