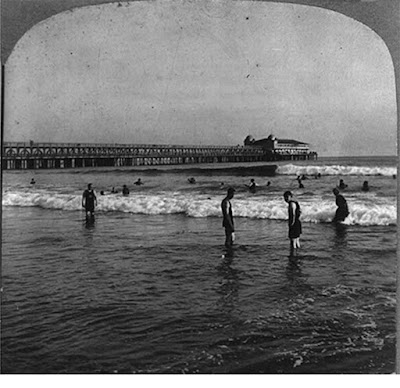 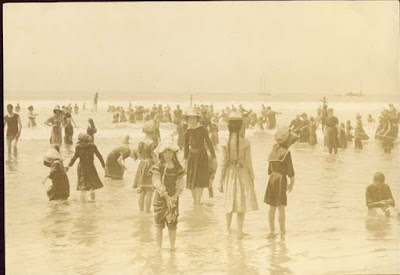 National newspapers complained the city of Long Beach was negligent in not doing something about the number of drownings that were taking place in the early 1900s. Visitors and residents flocked to the ocean which was battered by high waves, sometimes sweeping people out to sea and to their deaths. One mother sat her 2 year old on a seat on the sand and watched in horror as giant waves washed up on shore and swept the baby away. 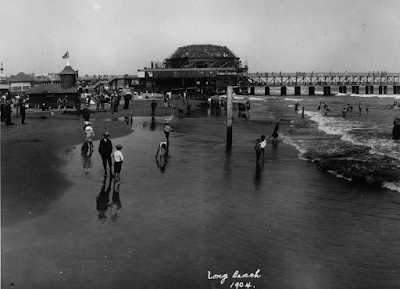 To deal with the bad publicity, the city installed a towline  (shown with post) which bathers could hold on to as they ventured out.

Local entrepreneur, Squire DuRee developed the first lifeguards, clad with red shirts and equipped with long boats, that were stationed along the beach to rescue swimmers.