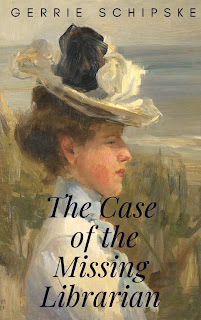 Gerrie Schipske, a native of Long Beach and local historian, today announced that she has completed three books on local women's history: "Remarkable Women of Long Beach," "Suffragists of Early Long Beach," and "The Case of the Missing Librarian."
"Remarkable Women of Long Beach" and  "Suffragists of Early Long Beach," focus upon the significant contributions women had made to the community from its start.
The third book, "The Case of the Missing Librarian," is Schipske's first attempt at historical fiction. Inspired by real-life events, the novel The Case of the Missing Librarian  takes place in 1917 Long Beach, California, where Jane Harnett, the local history teacher, and Fanny Bixby, the former first policewoman in the city, team up to solve the mystery of the three-year absence of Victoria Ellis, the former City Carnegie Librarian.
A woman bearing a likeness to Victoria is found drowned near Devil’s Gate. She has a German-titled library book wrapped in her shawl to weigh her down. Jane and Fanny join Anne Cleveland, the lady embalmer, and Martha Steele, her partner and séance leader, as they work with the “spirits” to track down the killers of the drowned woman and to find out what has happened to their friend, Victoria Ellis.

As local police ignore the woman’s murder, two more women are found drowned with shawls and German-titled library books tied around their necks.

Fanny and Jane discover that Victoria kept information files on a popular socialite, Adelaide Tichenor, and a politically corrupt Mayor Louis Whealton and that together they drove Victoria from her position. 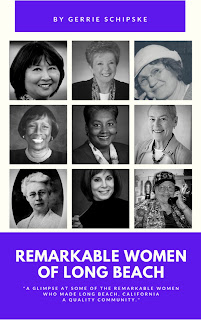 The current city librarian, Zaidee Brown, contacts Jane and shares that she has also just discovered that the newly published history of the Carnegie libraries by Thomas Koch omits any reference to Long Beach or Victoria as its first librarian.

Jane and Fanny are convinced that Victoria’s disappearance and the erasure of the Long Beach Carnegie Library from historical accounts are connected.