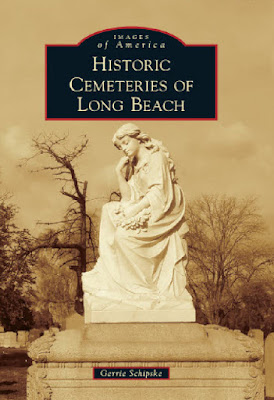 The stories of those who lived in the city by the sea begin long before the 1878 date on the oldest headstone found in the city. The area is the site for ceremonial (and perhaps burial grounds) for the Tongva native tribe.

Many of those who later settled the city are buried in one of the four known cemeteries: Municipal, Sunnyside, Forest Lawn Long Beach and All Souls. Two of the cemeteries hold graves of several hundred Union and Confederate Civil War veterans  and include a Medal of Honor recipient and a slave who served in the 1st Colored Heavy Artillery Regiment and died working as a janitor in city hall.

The Historic Cemeteries of Long Beach documents the history of the Municipal and Sunnyside cemeteries and how the 1921 discovery of oil made national news as decedents fought for the oil underneath the graves. The fight resulted in a second Sunnyside cemetery that later became Forest Lawn Long Beach. The scene of oil derricks surrounding the cemeteries was so surreal that it caught the attention of Ansel Adams whose photographs of Sunnyside Cemetery are included.